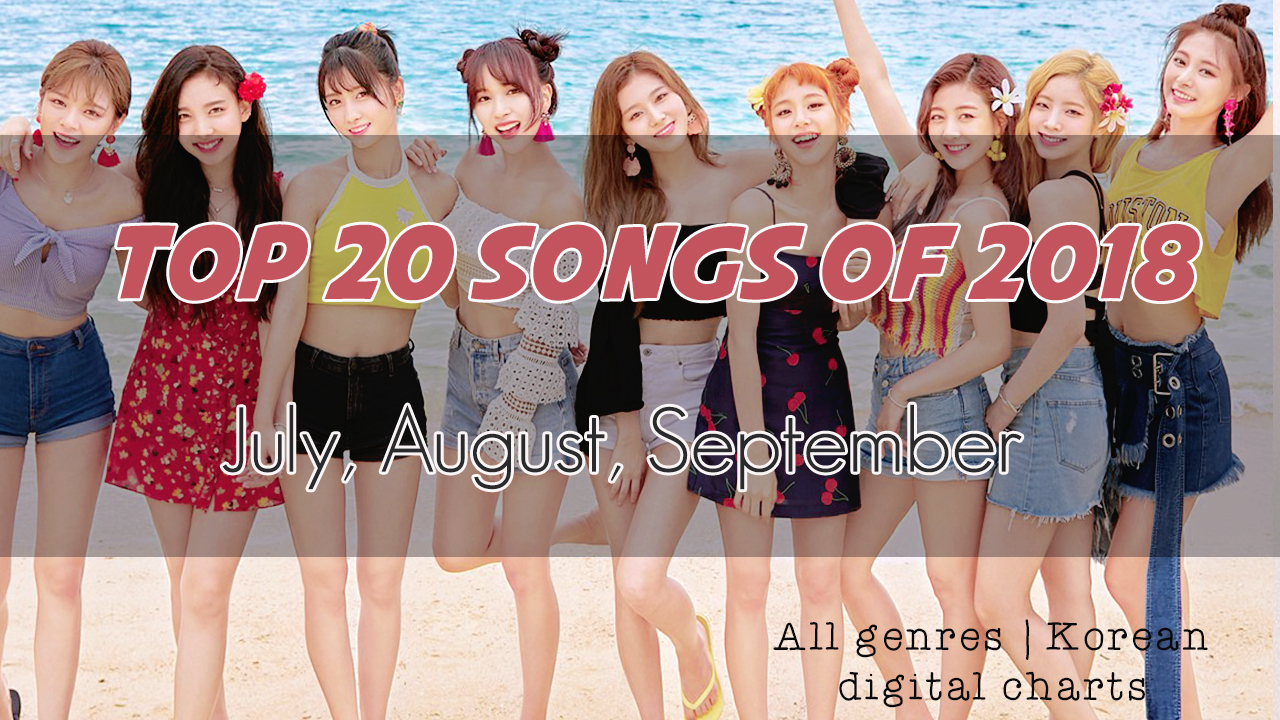 ALL GENRES | KOREAN DIGITAL CHARTS | NOT A PERSONAL TOP

Regarding the top:
– I’m only including songs released in 2018
– I’m not including OSTs
– I use a point system, so the top you see here, are the points of the songs in the months of july, august and september, BUT since the songs released the last have a disadvantage because they have less time to sum up points, I also include the points of october (BUT ONLY OF SONGS RELEASED UNTIL september) 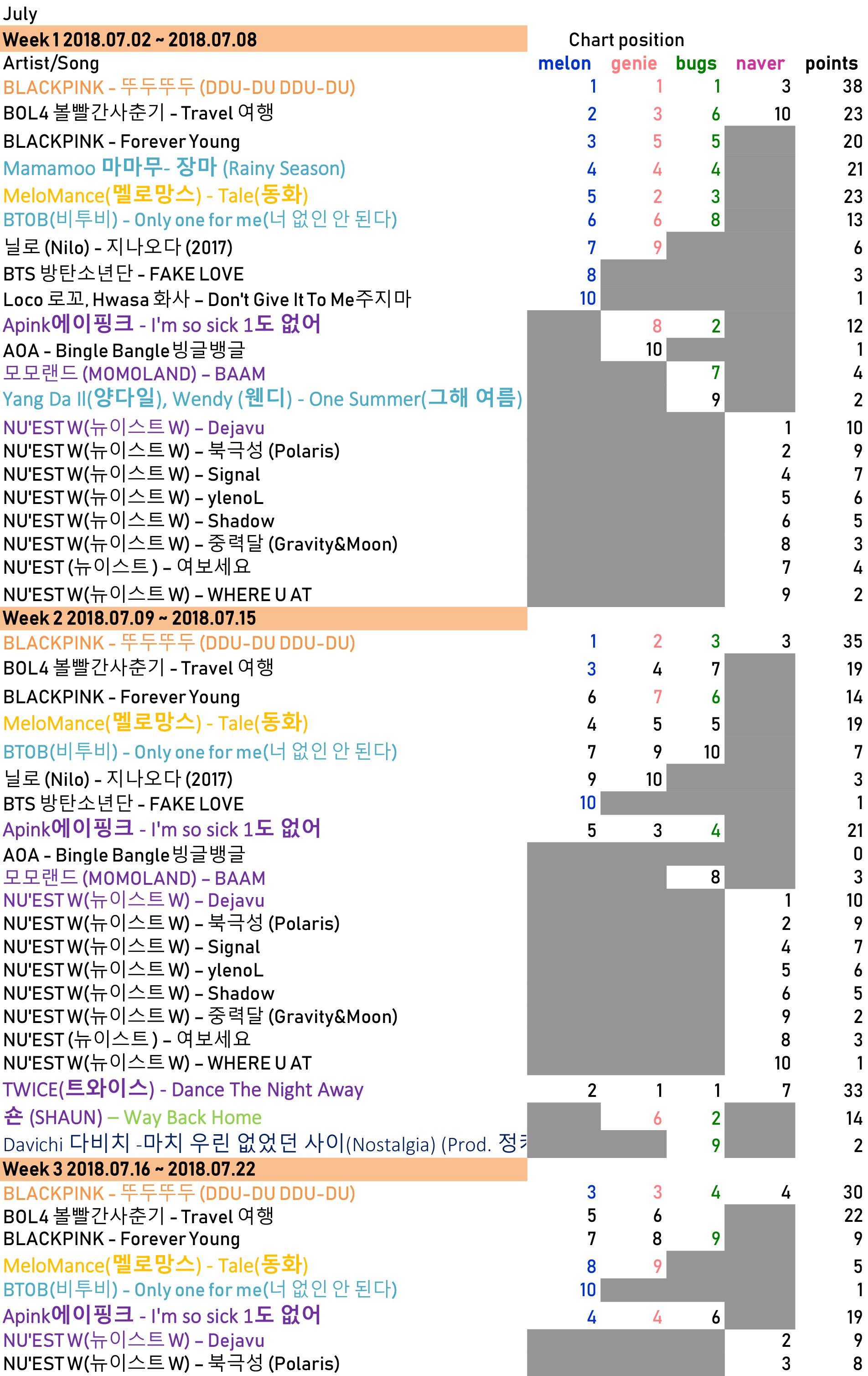 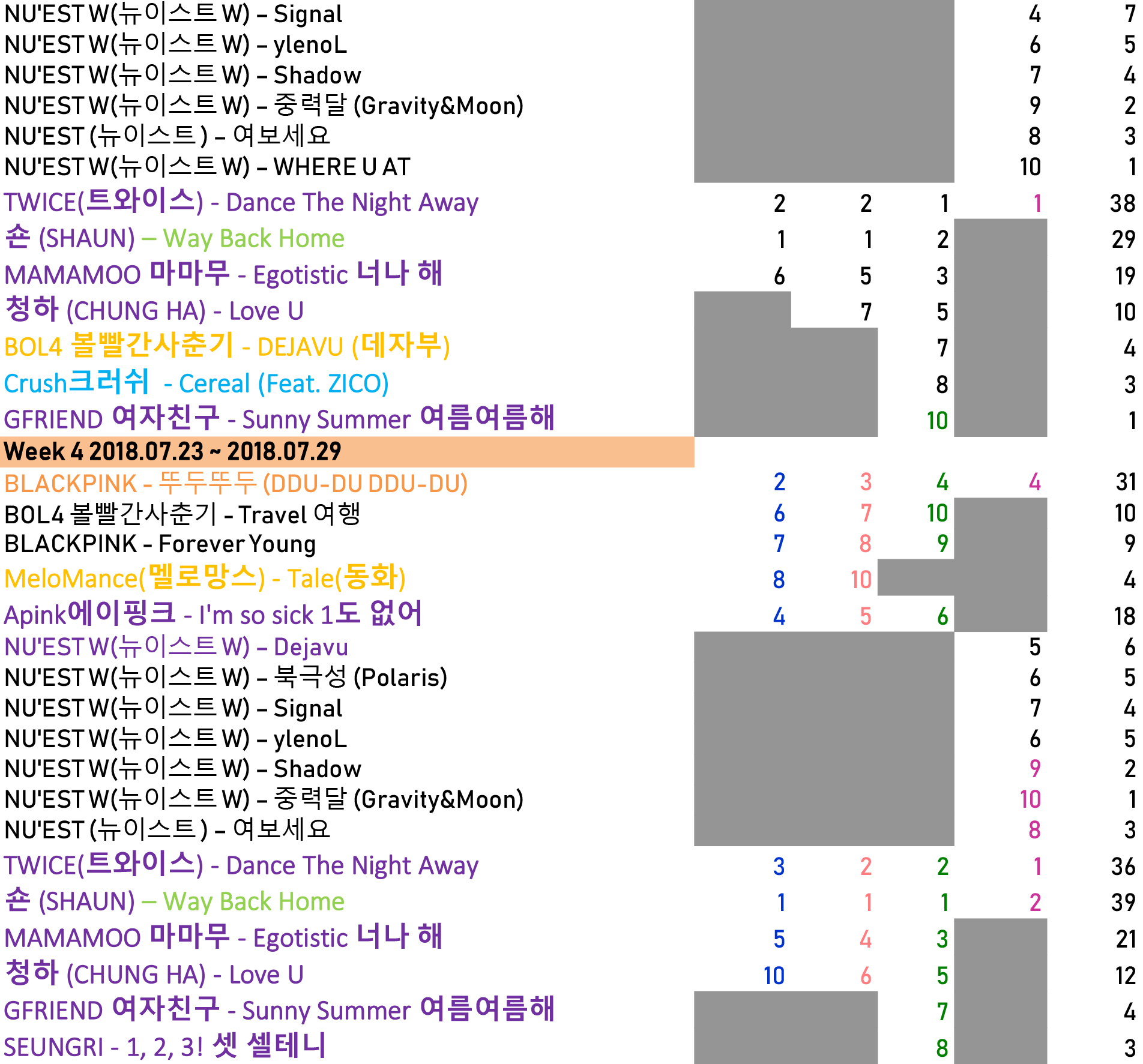 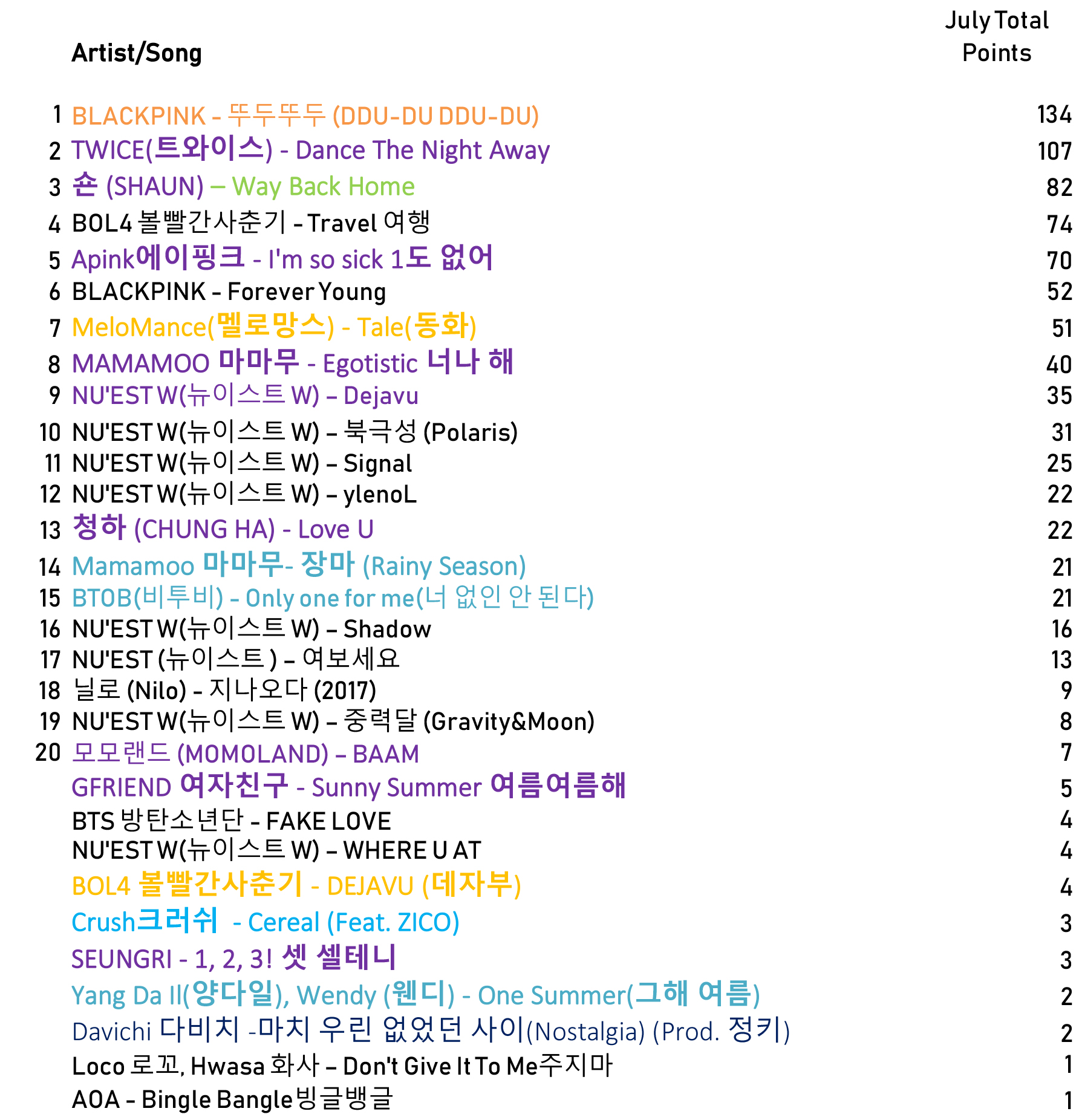 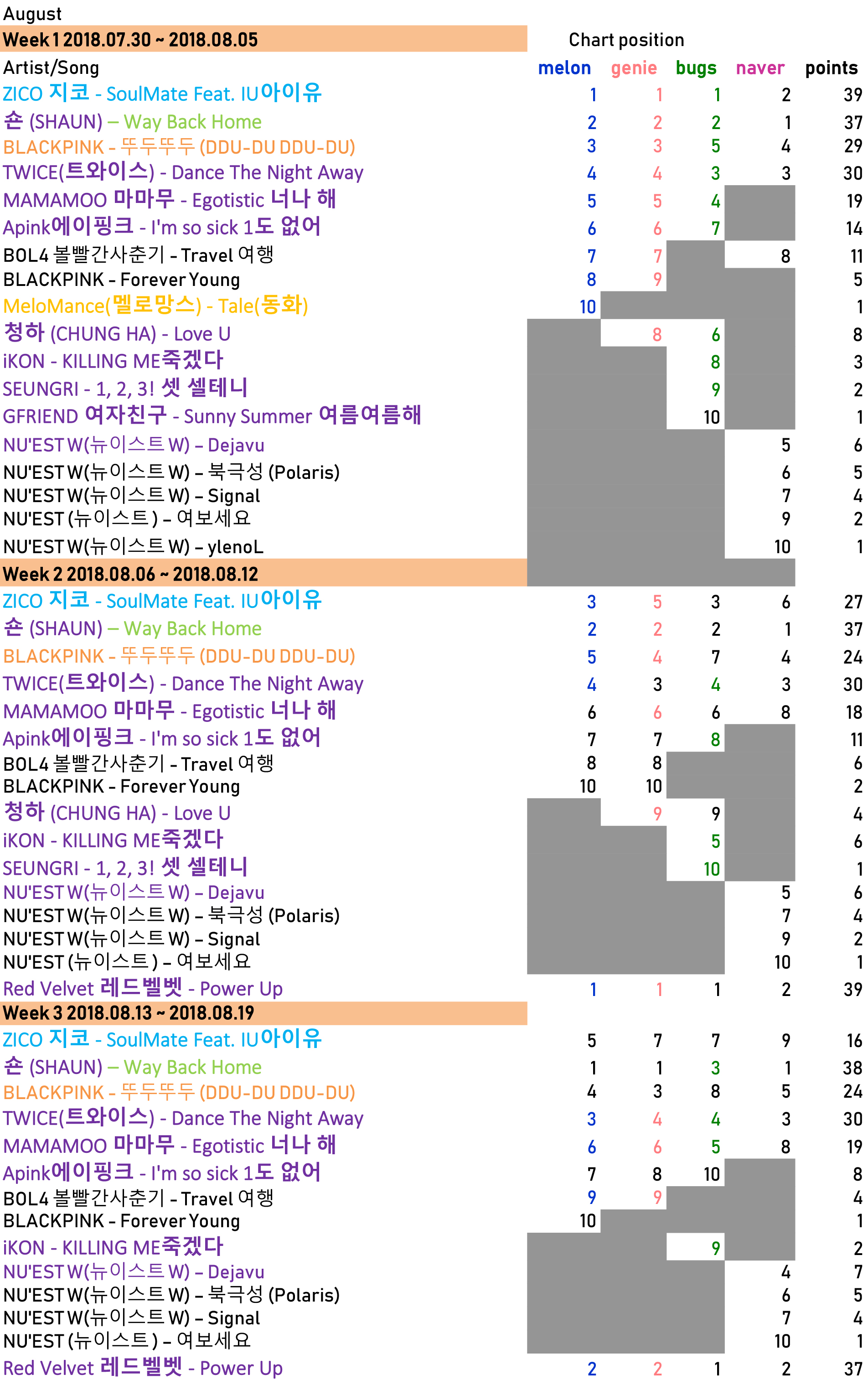 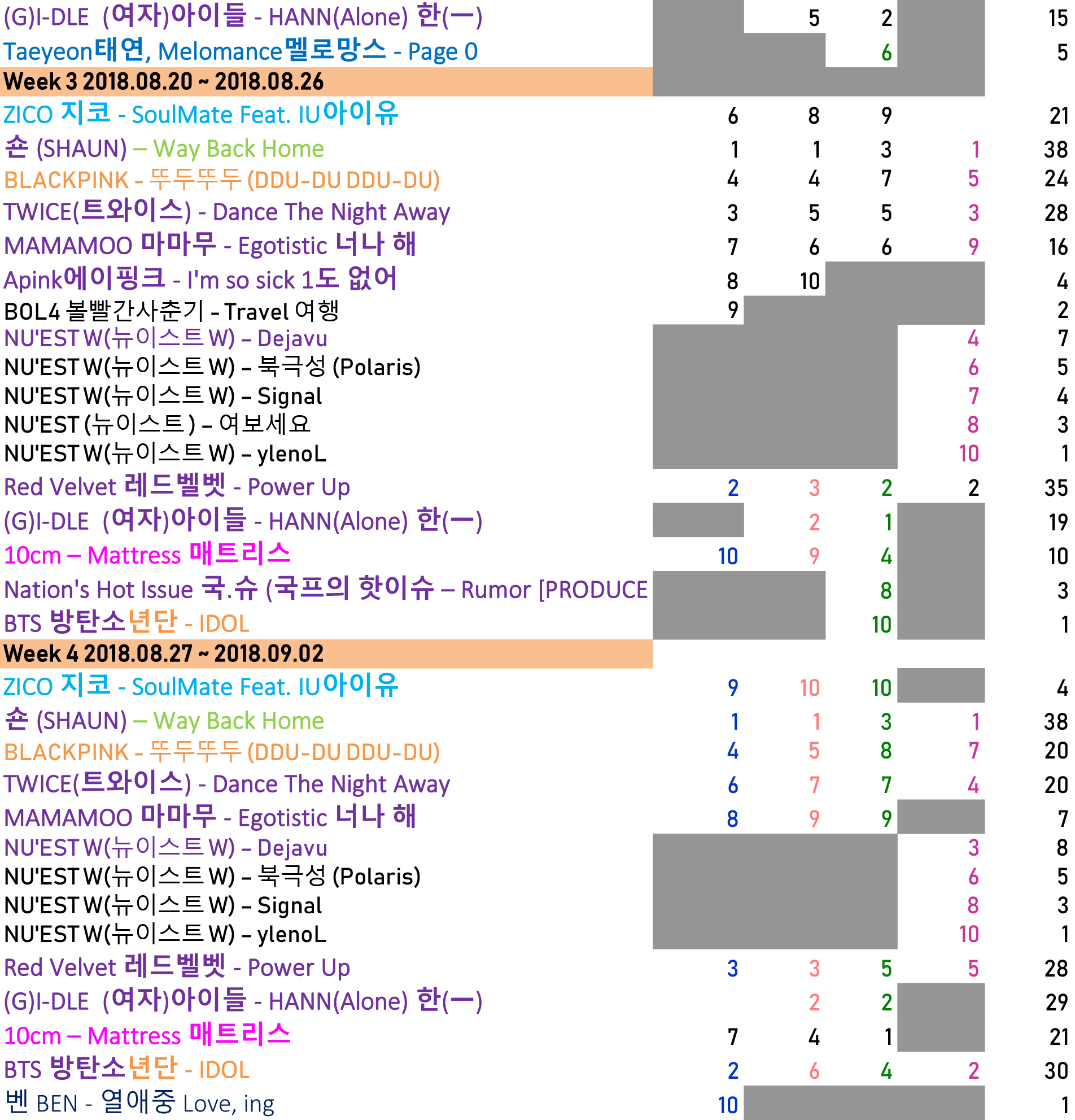 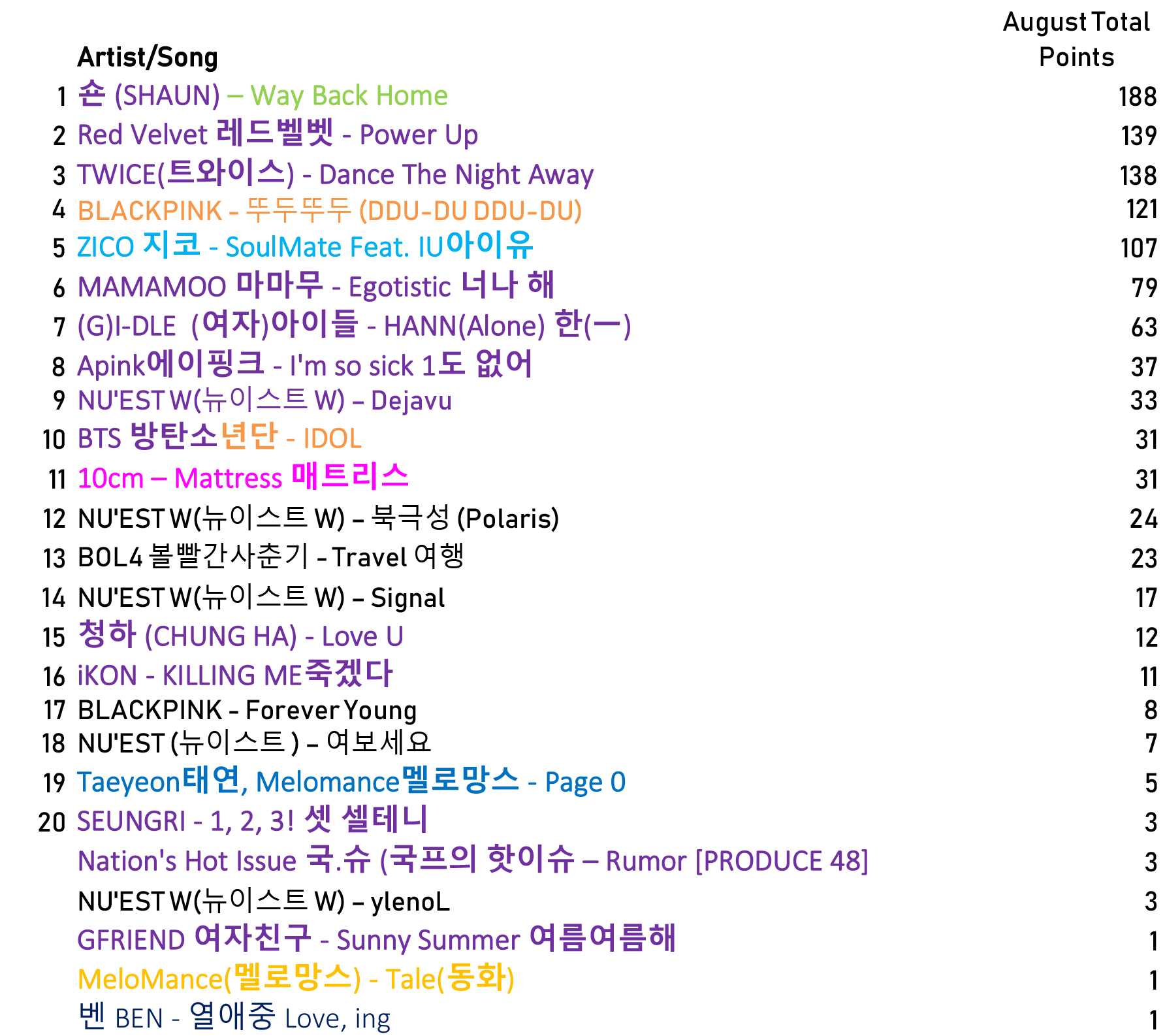 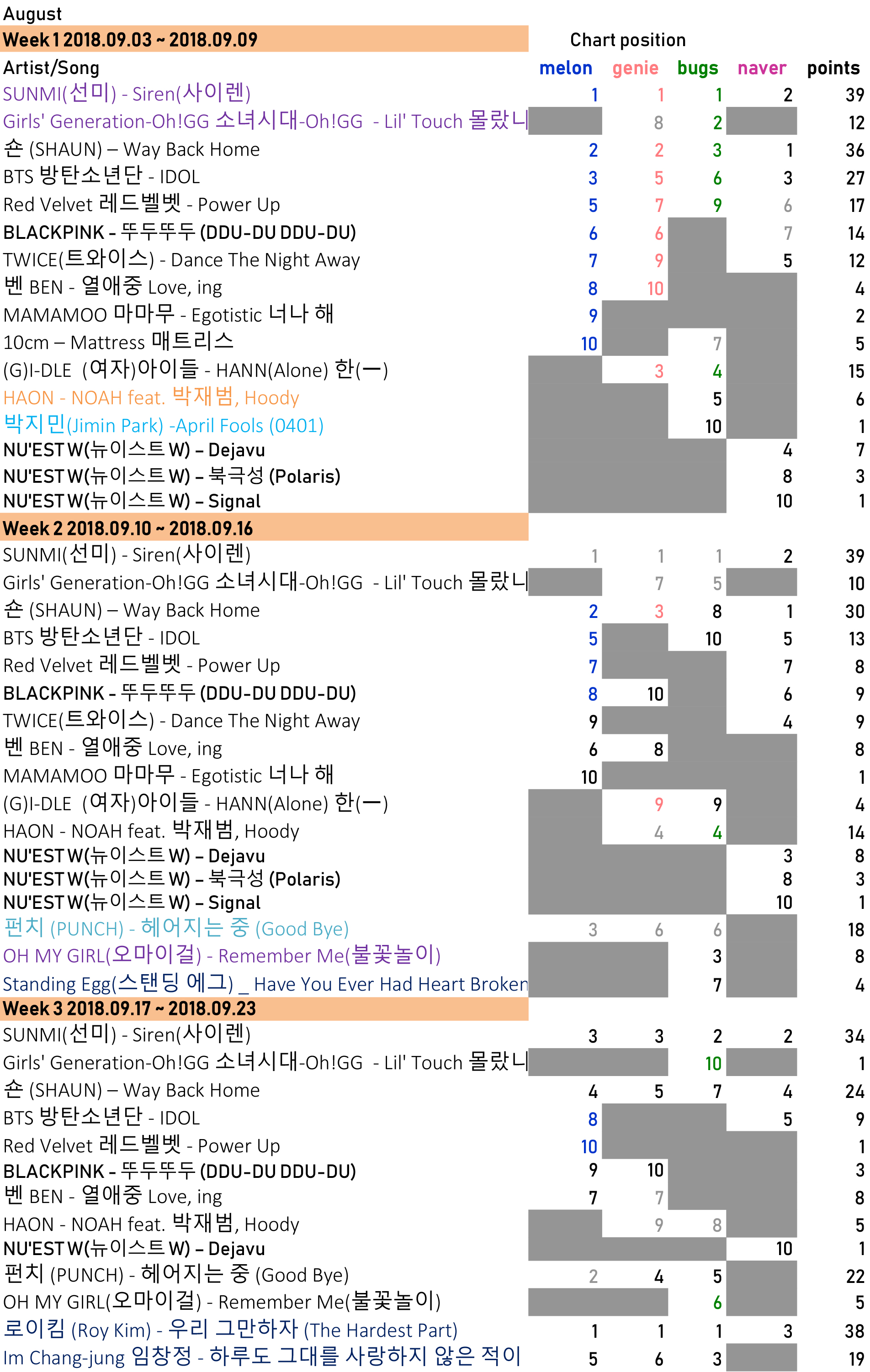 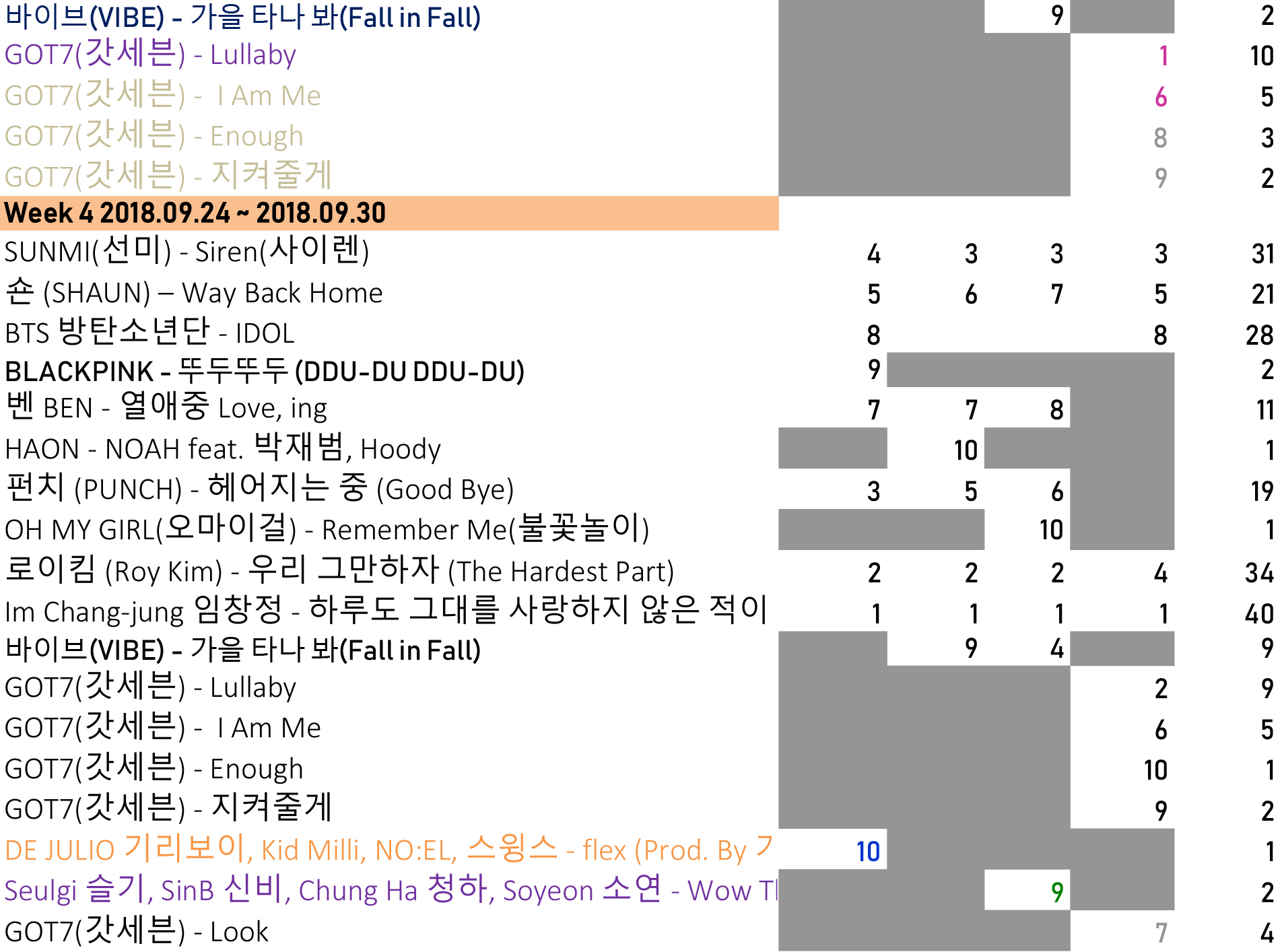 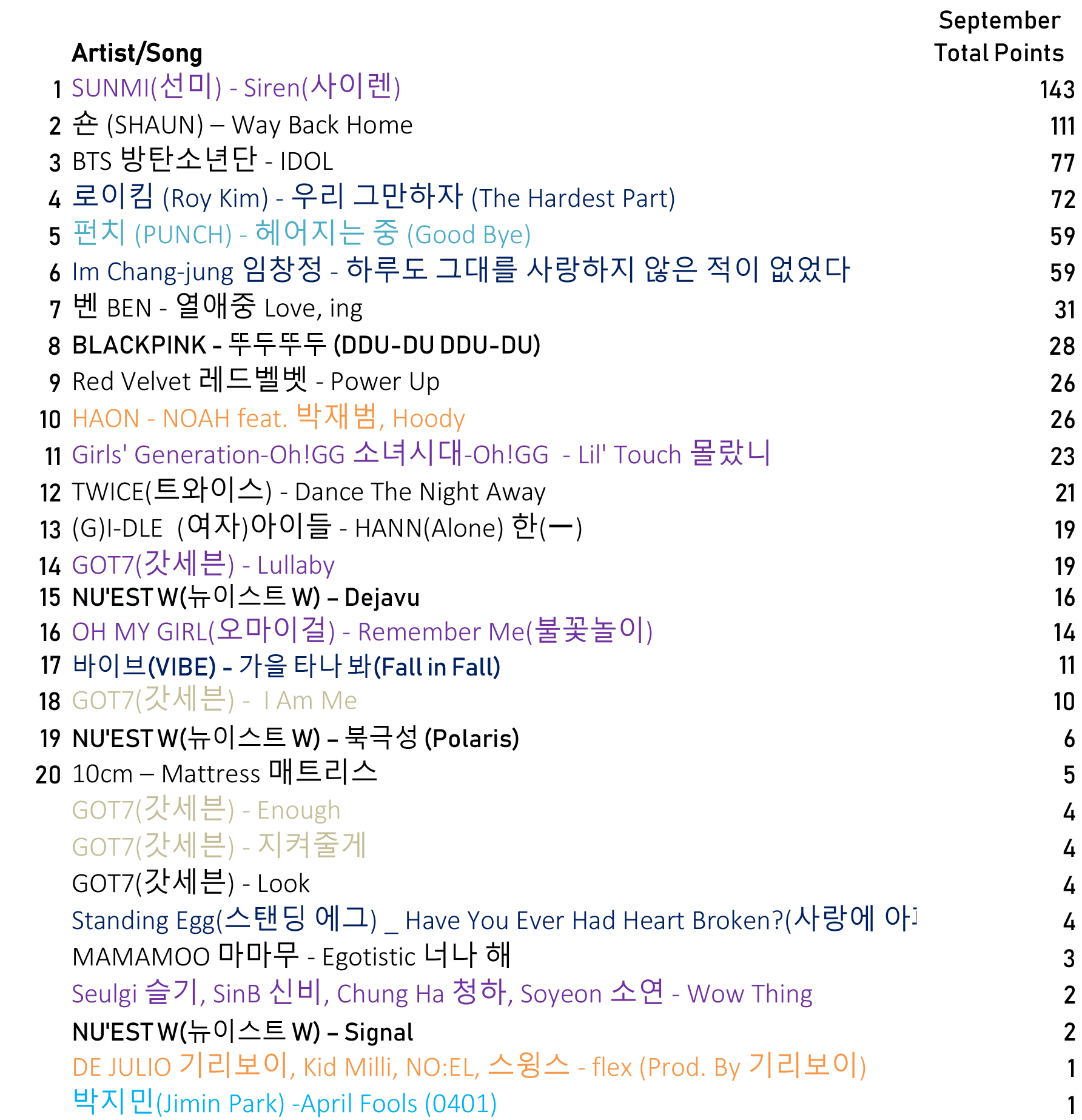 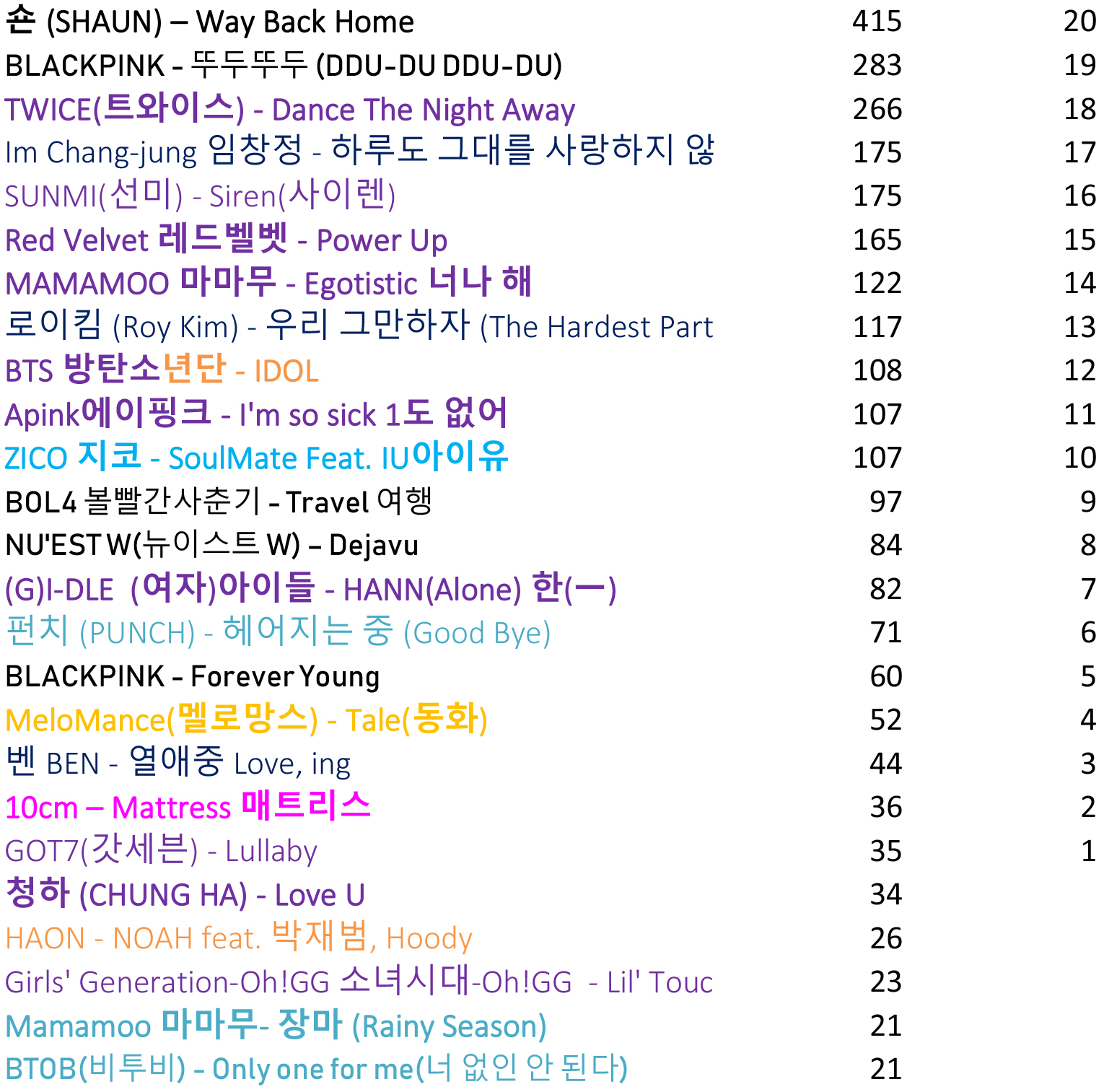 All my live streaming videos are hidden, here you have the link so you can listen to them:

Wondering which are the top kpop artists in korea right now? Keep reading ^^ This are the best kpop girl groups, boy groups, co-ed, and solos right now **in KOREA,

Buy Me a Coffee